Proposal could drop mortgage rates to 4.5 percent
The U.S. Treasury Dept. is considering a plan proposed by the Financial Services Roundtable, an industry trade group, to purchase mortgage-backed securities from Fannie Mae and Freddie Mac in an attempt to restore confidence in mortgage-backed securities and encourage banks to make additional loans.

Under the plan, the Treasury Dept. would purchase 30-year, fixed-rate mortgages, which should restore confidence in mortgage-backed securities and encourage banks to make more loans. As a result, banks could lower the rates on mortgage-backed securities, which could lower mortgage rates for consumers.
Posted by Jack McSweeney - REMAX Estate Properties BLOG at 9:50 PM 1 comment:

-We were very lucky here in the beach area to have avoided the fires that have been raging all around us. This weekend we got a lot of ash falling on us but other than that, only a small fire near Rancho Palos Verdes Citu Hall that was contained quickly. We pray for all Californians who where displaced by the fires.

-An ice skating rink will open tomorrow at the Redondo Beach Seaside Lagoon. See more about it at their website: http://seasideice.com

-Unseasonable warm weather is here in the south bay. It is supposed to be 85 degrees today and stay in the upper 70's for the rest of the week. "Pass the tanning oil with the Turkey".

-See all available homes for sale in the South Bay at http://SoBayCalMLS.com . Arranged by city with newest listings always first.
Posted by Jack McSweeney - REMAX Estate Properties BLOG at 11:13 AM No comments:

See all Active listings in the South Bay

If you are interested in buying or selling South Bay Area real estate then you must go to the best site on the web. See all South Bay ACTIVE real estate listings: http://sobaycalmls.com/ and then contact me, Jack McSweeney. I am the expert you need in crazy times like these. Call me, you will bevery happy you did!
Posted by Jack McSweeney - REMAX Estate Properties BLOG at 2:52 PM No comments: 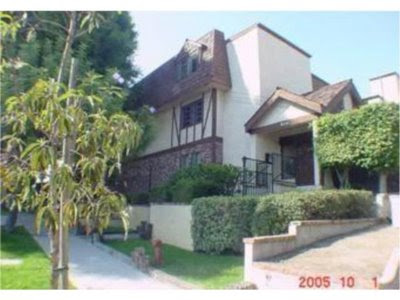 Beautiful 2 BR, 2 Bath Condo. This one SOLD!
Posted by Jack McSweeney - REMAX Estate Properties BLOG at 12:09 AM No comments:

Back on the Market - Hollywood Riviera Listing This home is agressively priced! 3 br, 1.75 Bath home adjacent to El Retiro Park. Home has been tastefully remodeled and is ready for you now. $975,000 Back on the market!
http://140vistadelparque.com/

I have a new listing coming on Sunday, June 29th, 2008 in the lower Riviera that backs up to El Retiro Park. No pictures yet, but I can tell you that it is remodeled and ready to move in now. Walk to the village too! Under a Million. Co-Listed withy Shar. Call me if interested at 310 346-0391.
See all Hollywood Riviera Listings at http://HollywoodRivieraRealEstate.com .
Posted by Jack McSweeney - REMAX Estate Properties BLOG at 11:46 AM No comments:

The FED decided to keep the FED FUNDS rate unchanged today at 2%. The inflation rate is a major concern, but to raise rates now would not be a good idea with the economy so weak and consumer confidance so low because of rising gasoline and food prices.
Posted by Jack McSweeney - REMAX Estate Properties BLOG at 11:41 AM No comments:

The Federal Reserve lowered its key interest rate by one-quarter percentage point but also signaled the seven-month easing cycle may be coming to an end. That brings the federal funds rate down to 2 percent and the discount rate down to 2.25 percent.

This could be the end to the declining interest rate cycle, if only because the FED now has to worry about our declining dollar, which is not helped by lowering rates. Inflation is now also a concern. We will see how all this plays out in the coming months.
Posted by Jack McSweeney - REMAX Estate Properties BLOG at 11:39 AM No comments:

The graph says it all... 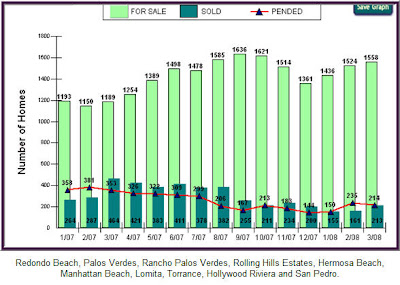 If you are looking to buy a home, now is the time. There is a lot to choose from on the market and deals to be made. Interest rates are very low historically and probable readt to start up soon. Call me for expert help, whether you are buying or selling.

Luxury Townhome in So. Redondo Beach FOR SALE 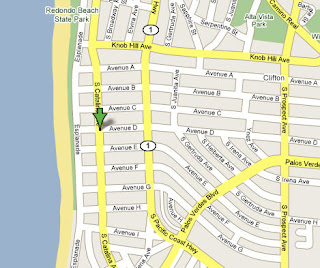 This is a beautifully maintained Townhome walking distance to the Ocean, Riviera Village and Pier. It has two bedrooms on the street level and the master is on the 2nd level on the Living area. Up one more set of stairs is the mezzinine office area with access to one of the 3 balconies. This is a must see if your goal is to live near the water.

Call me for a private showing.

Posted by Jack McSweeney - REMAX Estate Properties BLOG at 9:11 AM No comments: 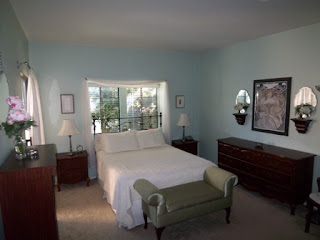 For Sale: A beautiful Condominium located at
815 Main Street #302, El Segundo, CA., 90245
$509,000.
2 BR, 1 3/4 Bath in 1145 Sq. Ft.. Decorator perfect with remodeled kitchen with black granite counter. Master has walk in closet. Smooth ceilings throughout. This property is very open and bright with skylights in the 2 bathrooms. Elevator, Pool, and Spa. 2 parking spaces and generous storage in the gated subteranean parking. A must see!
Call me for a private showing.
Posted by Jack McSweeney - REMAX Estate Properties BLOG at 8:40 AM No comments:

At about 11:15 pacific this news came out:
"The Federal Reserve lowered its key federal-funds rate by one-half percentage point, to 3%, capping an unprecedented eight-day period in which officials slashed rates massively to ward off recession risks. Officials signaled they're willing to ease still further in coming weeks. But they also suggested that the recent cuts may be enough to keep the economy on track. The vote was 9-1; Dallas Fed President Richard Fisher dissented, preferring no rate change."
WSJ.com

If congress also approves raising the conforming loan limits that could really help the housing industry in 2008, by refinancing to low rate 'fixed' loans.
Posted by Jack McSweeney - REMAX Estate Properties BLOG at 12:02 PM No comments: 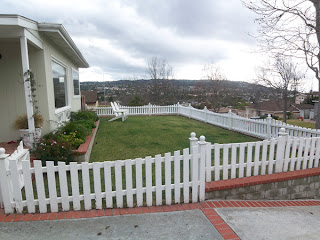 Everywhere we turn lately everyone is worried that we are headed into a recession. Here is the problem, by the time the government economists admit to it, we are already on the mend! The main problem with predicting a recession is that it all comes as a result of 'lagging indicators'. You know as well as I do, the government puts out statistics every month that immediately makes the stock market react and then a month later changes the previous months numbers to reflect something they forgot. How can we ever trust anything we read anymore?

I am going to cut to the chase! WE ARE ALREADY IN A RECESSION. Unemployment is going up, real inflation is up (just look at the price of gas, which is not included in the inflation stats) , consumer buying is down, car sales are down, and housing has slowed dramatically. Anybody agree with me?

Does a recession mean hard times? Not necessarily. Thankfully, the Fed has finally realized that they over did the interest rate hikes during the last two years and have to lower them even faster now. (Again, they raised rates based on "lagging inflation indicators'. I hope they learn their lesson this time.) We can look for rates to go down another full point during the next 6 month. Look for FED FUNDS rate to fall to about 3%.

Remember the old saying: " A recession is when a friend loses his job... A depression is when you lose your job"!
Posted by Jack McSweeney - REMAX Estate Properties BLOG at 1:01 PM No comments: