Not only has the current economy affected homeowners who can no longer afford their mortgages, in California it has also been a huge issue for Landlords and tenants. This week it was reported that apartment vacancies rose to the highest point in 23-years. This comes as a surprise to many professionals because a lot of landlords have been lowering rent, to make it more affordable for tenants to stay in their current units or to get new ones into the vacant units. Many of the vacancies sit for rent, for weeks, even months until a potential renter comes in to even consider it. The increase of vacancies has slowly been happening since about 2007.

It’s a chain reaction in this industry. Tenants are becoming unemployed, because employers can no longer afford to keep them, in turn having to forfeit their leases or negotiate less of a rent each month. When a landlord loses a tenant, the lose money. When a vacant unit just sits, that’s money out the door everyday, that they can be using toward the mortgage on the building. For investors (landlords) who hold income property, when they are able to occupy the vacant units, the landlords are most likely taking a lot less than market value or holding certain move-in specials, in some cases giving these units away for free, just to get them occupied.

Experts have said that vacancy rates have risen for the past 3 quarters since 2007 and are expected to raise to 8 percent by the fourth quarter of this year, not good news for landlords. It could be good news for the tenants who cannot afford high rental costs though. A lot of the experts have said that this could have been prevented, if landlords would have done their homework and lowered rents before the downfall occurred.

The fact that landlords are being forced to lower rent, is causing a lot of these buildings to go into default, then causing more financial trouble for the landlord. In most cases, these buildings and the income that comes from them, is the owners livelihood.

One bedroom and single apartments are being said to be sitting for the longest. Because of the increase in job loss, people can no longer afford to live alone and are being forced to get a roommate or move in with family. When speaking with a local On-Site manager, she mentioned that 2 one-bedroom apartments, that share common wall, had been sitting for months. Prospects were interested, but couldn’t rent the units because of the limit that is put on how many tenants can live in a one-bedroom, turning the prospective tenant away to find something else, that suits their needs. She had even suggested to the landlord to knock the wall out making it a two-bedroom, in turn making it more appealing and easier to rent in today’s market.

Experts have also said that until the current unemployment rate goes down drastically, that the vacancy rate will continue to be on the rise. Most do not see that happening in the near future. Without steady income, one cannot afford to rent.
Posted by Jack McSweeney - REMAX Estate Properties BLOG at 2:45 PM No comments:

AB 260 by Assemblyman Ted Lieu (D-Torrance). The measure, which takes effect Jan. 1, tightens restrictions on mortgage brokers so they cannot steer borrowers to riskier, higher-interest loans when they qualify for less-expensive ones.
* SB 36, by Sen. Ron Calderon (D-Montebello), sets licensing requirements for all residential loan originators.
* SB 239, by Sen. Fran Pavley (D-Agoura Hills), makes it a felony to commit fraud on a mortgage loan application.
* AB 329, by Assemblyman Mike Feuer (D-Los Angeles), requires lenders to give more and clearer information to those interested in reverse mortgages, which let seniors borrow against their homes' equity.
* SB 237, by Calderon, creates a registration program for appraisal management firms.* AB 957, by Assemblywoman Cathleen Galgiani (D-Stockton), allows buyers of foreclosed homes to choose local escrow officers, rather than being forced to use the escrow company chosen by the seller.
* AB 1160, by Assemblyman Paul Fong (D-Cupertino), requires that mortgage loan documents be written in the same language the verbal negotiations were conducted in.
Posted by Jack McSweeney - REMAX Estate Properties BLOG at 12:13 AM No comments: 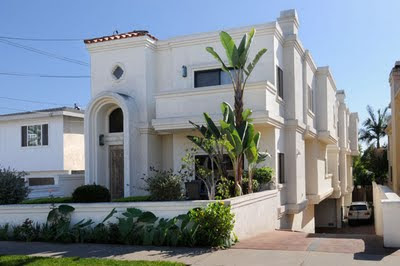