Housing Will Strengthen in 2014

Housing Will Strengthen in 2014
Despite many headwinds, the housing recovery is expected to pick up in the next year.
“The cards are in play for a decent and fairly strong recovery in 2014 and particularly in 2015,” says David Crowe, chief economist for the National Association of Home Builders. "From the standpoint of GDP growth, housing has been a plus, growing at two, three, and four times the rate of the rest of the economy in recent quarters."
Posted by Jack McSweeney - REMAX Estate Properties BLOG at 10:59 AM No comments:

http://www.car.org/marketdata/marketforecast/
Interesting take on what is happening in the California market.
Posted by Jack McSweeney - REMAX Estate Properties BLOG at 11:08 AM No comments:

Home prices have been seeing rapid gains in recent months, but don't expect that to continue.
CNN
Posted by Jack McSweeney - REMAX Estate Properties BLOG at 1:27 PM No comments:

Mortgage rates soared to a two-year high last week, rising by the largest pace since 1987. Freddie Mac reported the average 30-year fixed-rate mortgage climbed from 3.93 percent to 4.46 percent last week. Some economists are predicting 30-year rates to climb to 4.5 percent and 5 percent over the next 12 months, following the Federal Reserve’s recent announcement that it will soon end a program that has kept interest rates near all-time lows for months. 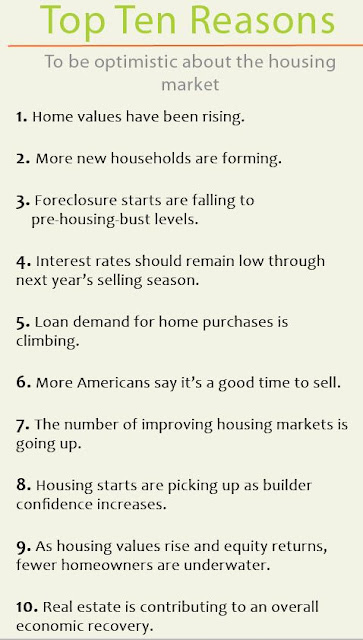 As Congress pursues comprehensive tax reform it should focus on doing no harm to housing and America’s 75 million homeowners by maintaining current tax laws for homeownership and real estate investment, the National Association of REALTORS® said in testimony yesterday.
NAR President Gary Thomas testified before the U.S. House Ways and Means Committee concerning Federal tax provisions that affect residential real estate. Thomas said that homeownership has had long-standing support in the country because of its many benefits to individuals and families, communities and to the nation’s economy...
http://realtormag.realtor.org/daily-news/2013/04/26/realtors-urge-preserving-homeownership-tax-policies?om_rid=AABobn&om_mid=_BRerYZB8yNy71l&om_ntype=RMODaily
Posted by Jack McSweeney - REMAX Estate Properties BLOG at 10:40 AM No comments:

Where Are Home Prices Heading Through 2017?

Home prices are expected to continue their trajectory upward, projected to rise 3.7 percent between the third quarters of 2013 and 2014, according to Fiserv, which used data from the Federal Housing Finance Agency for its projection.
Following the third quarter of 2014, Fiserv predicts home prices to rise an average 3.3 percent annually over the next three years.