New Listing with a unbelievable view! 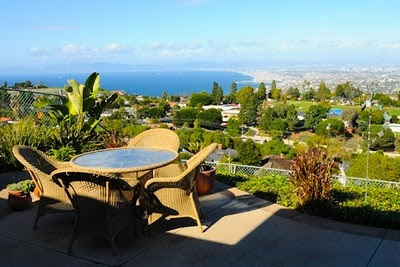 Beautiful custom home in Rancho Palos Verdes for sale. Built in 1992, this home is single level, 2421 sq.ft, 3 bedroom and 2 full baths. It has a very open floor plan. Call me to arrange an appointment to see in person.
Not on the (waiver) MLS. Call Jack at RE/MAX Palos Verdes.
Posted by Jack McSweeney - REMAX Estate Properties BLOG at 1:27 PM No comments: 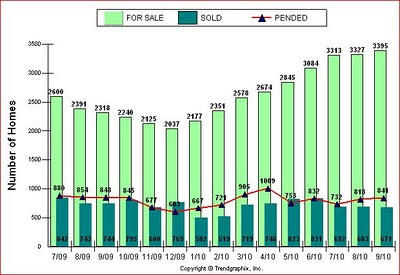 Existing-home sales were sharply lower in July following expiration of the home buyer tax credit but home prices continued to gain, according to the National Association of REALTORS®.

Existing-home sales, which are completed transactions that include single-family, townhomes, condominiums, and co-ops, dropped 27.2 percent to a seasonally adjusted annual rate of 3.83 million units in July from a downwardly revised 5.26 million in June, and are 25.5 percent below the 5.14 million-unit level in July 2009. Sales are at the lowest level since the total existing-home sales series launched in 1999, and single family sales – accounting for the bulk of transactions – are at the lowest level since May of 1995.

Lawrence Yun, NAR chief economist, said a soft sales pace likely will continue for a few additional months. “Consumers rationally jumped into the market before the deadline for the home buyer tax credit expired. Since May, after the deadline, contract signings have been notably lower and a pause period for home sales is likely to last through September,” he said. “However, given the rock-bottom mortgage interest rates and historically high housing affordability conditions, the pace of a sales recovery could pick up quickly, provided the economy consistently adds jobs.

“Even with sales pausing for a few months, annual sales are expected to reach 5 million in 2010 because of healthy activity in the first half of the year. To place in perspective, annual sales averaged 4.9 million in the past 20 years, and 4.4 million over the past 30 years,” Yun added.

Mortgage Rates Dip
According to Freddie Mac, the national average commitment rate for a 30-year, conventional, fixed-rate mortgage fell to a record low 4.56 percent in July from 4.74 percent in June; the rate was 5.22 percent in July 2009. Last week, Freddie Mac reported the 30-year fixed was down to 4.42 percent.

The national median existing-home price for all housing types was $182,600 in July, up 0.7 percent from a year ago. Distressed home sales are unchanged from June, accounting for 32 percent of transactions in July; they were 31 percent in July 2009.

“Thanks to the home buyer tax credit, home values have been stable for the past 18 months despite heavy job losses,” Yun said. “Over the short term, high supply in relation to demand clearly favors buyers. However, given that home values are back in line relative to income, and from very low new-home construction, there is not likely to be any measurable change in home prices going forward.”

Inventory Rises
Total housing inventory at the end of July increased 2.5 percent to 3.98 million existing homes available for sale, which represents a 12.5-month supply at the current sales pace, up from an 8.9-month supply in June. Raw unsold inventory is still 12.9 percent below the record of 4.58 million in July 2008.

NAR President Vicki Cox Golder said there are great opportunities now for buyers who weren’t able to take advantage of the tax credit. “Mortgage interest rates are at record lows, home prices have firmed and there is good selection of property in most areas, so buyers with good jobs and favorable credit ratings find themselves in a fortunate position,” she said.

Breakdown of the Numbers
• Single-family home sales dropped 27.1 percent to a seasonally adjusted annual rate of 3.37 million in July from a pace of 4.62 million in June, and are 25.6 percent below the 4.53 million level in July 2009; they were the lowest since May 1995 when the sales rate was 3.34 million.
• The median existing single-family home price was $183,400 in July, which is 0.9 percent above a year ago.
• Single-family median existing-home prices were higher in 11 out of 19 metropolitan statistical areas reported in July in comparison with July 2009 (the price in one of 20 tracked markets was not available). However, existing single-family home sales fell in all 20 areas from a year ago.
• Existing condominium and co-op sales fell 28.1 percent to a seasonally adjusted annual rate of 460,000 in July from 640,000 in June, and are 24.0 percent below the 605,000-unit level in July 2009. The median existing condo price was $176,800 in July, down 1.7 percent from a year ago.

Stocks are up 50 percent from the March 2009 bottom. Some commodities have risen dramatically. The only asset class left in the cellar is real estate, says Michael Murphy, editor of the New World Investor stock newsletter.

As a result, Murphy is advising investors to buy now for these three reasons:

• Desperate sellers: Both home owners and lenders are eager to unload a flood of foreclosed and underwater properties. Buyers with the patience to push through these complex deals can save a bundle.

• Little competition. Because most people don’t have what it takes to negotiate their way through short sales and REOs, patient investors are winners.

• Low rates. Mortgage rates are at their lowest level in 40 years. If you believe inflation is inevitable, lock in now.

If you are looking to buy or sell real estate in Redondo Beach or anywhere in So. California, give me a call. I am with RE/MAX Palos Verdes Execs, the company with the most market share in the whole South Bay area from San Pedro to Beverly Hills! I have over 22 years of experience and can save you money. I have many references. Sellers: Please google my name: Jack McSweeney, and see the exposure I can get you on the internet. If you are a buyer, I hear about properties not on the MLS all the time or you can see properties on the MLS at http://SoBayCalMLS.com . Also see my main webpage at http://JackMcSweeney.com . I am here to help you. Call me now at 310 346-0391, if I don't answer, I will return your call within 15 minutes. EXPERIENCE... It works Everytime!
Posted by Jack McSweeney - REMAX Estate Properties BLOG at 12:49 PM 1 comment:

The U.S. Senate voted Wednesday to extend the home buyer tax credit closing deadline to Sept. 30, giving an estimated 180,000 buyers who met the contract deadline of April 30 extra time to close the transaction.

The extension was added to a bill to pay for jobless benefits.

The NATIONAL ASSOCIATION OF REALTORS® estimates that one-third of qualified applicants have been notified that they will be unable to close by the deadline. The Mortgage Bankers Association says delays are caused largely by the volume of transactions.

The measure still must be approved by the House.

Has your real estate market stabilized? 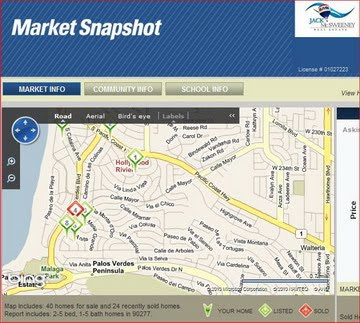 No matter where you live, sign up and find out what things are selling for in your area! It will then email you once a month and keep you up on all sales and listings!
Posted by Jack McSweeney - REMAX Estate Properties BLOG at 11:28 AM No comments:

On Monday, the legislature passed AB 183 (Caballero & Ashburn) which would provide $200 million for homebuyer tax credits. The Governor is expected to sign AB 183 into law before the end of the week. C.A.R. supported this important legislation.

AB 183, formerly SB 4 of the sixth extraordinary session (Ashburn), is part of a package of four bills, passed at the request of the Governor, designed to help stimulate the economy and create jobs. The bill allocates $100 million for qualified first time home buyers of existing homes and $100 million for purchasers of new, or previously unoccupied, homes. The eligible taxpayer who closes escrow on a qualified principal residence between May 1, 2010 and December, 31, 2010, or who closes escrow on a qualified principal residence on and after December 31, 2010 and before August 1, 2011, pursuant to an enforceable contract executed on or before December 31, 2010, will be able to take the allowed tax credit. This credit is equal to the lesser of 5% of the purchase price or $10,000, taken in equal installments over three consecutive years. Under AB 183 purchasers will be required to live in the home as their principal residence for at least two years or forfeit the credit (i.e. repay it to the state).
Posted by Jack McSweeney - REMAX Estate Properties BLOG at 11:11 PM 1 comment: 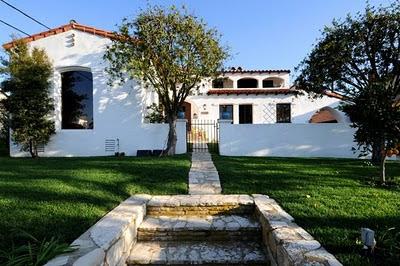 Don't wait to buy if you like low interest rates...

We have had low interest rates for a long time. It looks like that is about to change so don't wait! It is time to buy now.

Click the link to see the full "Inman" article.
Posted by Jack McSweeney - REMAX Estate Properties BLOG at 10:50 AM No comments: